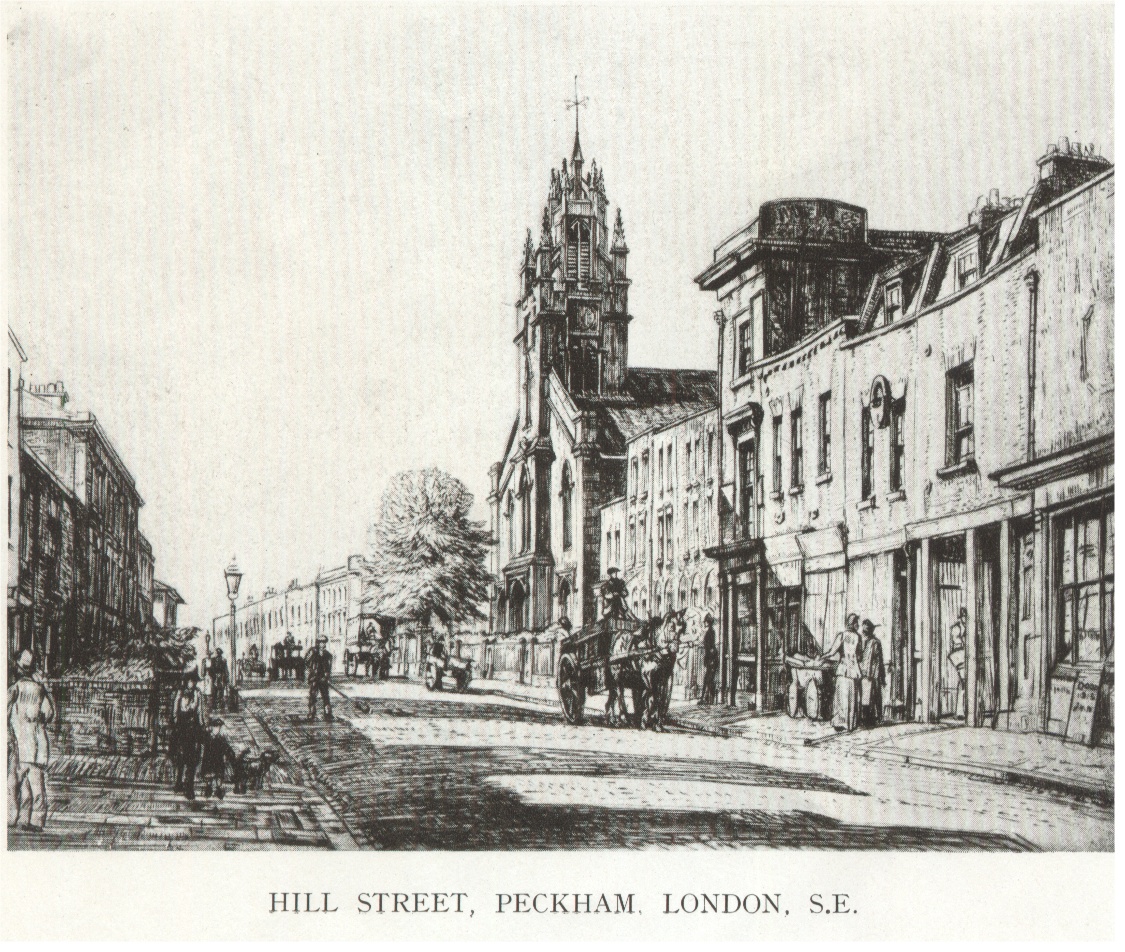 The Peckham Settlement was established in 1896 by a group of girls schools spread across the country. This was part of the Settlement movement initiated by universities and schools to interact with the local community, relieve poverty and promote social change.

For instance, the Peckham Settlement pioneered a savings scheme which led to the passing of the first national unemployment insurance Act in 1911; established the first nursery school in London in 1935; had the first government sponsored job club for the the long term unemployed within a charity in 1987; and in 2011 was awarded funding by NESTA for a pioneering experiment in community development known as SE Village.

In 1998 the Peckham Settlement took over the Pitt Street Settlement and the Camberwell Relief in Need charities.

The Peckham Settlement first operated from a Mission House in Calmington Road, off Albany Road, and then opened the Settlement at 17/19 Peckham Road in 1906. In 1930 it moved to its well known building in Goldsmith Road, which was opened by Queen Mary.  Princess Margaret became the Patron until she died and subsequently the Countess of Wessex was Patron until 2012.

Unlike typical single purpose charities, the Peckham Settlement has traditionally had a wide range of differing activities which have varied from time to time as needs and resources have changed.

Sadly in August 2012 the Peckham Settlement hit a financial crisis and had to be closed and put into administration.  The sale of its buildings enabled all its debts to be paid in full and the surplus has now been invested, providing a source of income for the organisation to make grants to local charities and community groups.

This website uses cookies to improve your experience while you navigate through the website. Out of these, the cookies that are categorized as necessary are stored on your browser as they are essential for the working of basic functionalities of the website. We also use third-party cookies that help us analyze and understand how you use this website. These cookies will be stored in your browser only with your consent. You also have the option to opt-out of these cookies. But opting out of some of these cookies may affect your browsing experience.
Necessary Always Enabled
Necessary cookies are absolutely essential for the website to function properly. This category only includes cookies that ensures basic functionalities and security features of the website. These cookies do not store any personal information.
Non-necessary
Any cookies that may not be particularly necessary for the website to function and is used specifically to collect user personal data via analytics, ads, other embedded contents are termed as non-necessary cookies. It is mandatory to procure user consent prior to running these cookies on your website.
SAVE & ACCEPT